Richard Zampella is the Owner & Operator of Idylease, a former resort hotel located in Newfoundland, New Jersey. The hotel was erected in summer of 1902 and remains a historically significant example of early 20th century resort architecture in the Highlands Region of Northwest, New Jersey.

For over 35 years Richard Zampella has envisioned an opportunity to celebrate the history and future of Idylease where he grew up on in Newfoundland, NJ. Consistent with the wishes of his late father, Dr. Arthur Zampella, the property along with it’s historic structure is finally under the stewardship of his son Richard.

Richard spent an idyllic childhood growing up on the grounds of Idylease under the watchful eye of his father who was a doctor who owned and operated Idylease Nursing Home from 1954 until until 1972.

Both father and son shared a bond with the history of the landmark structure and would both maintain a detailed collection of ephemera and memorabilia related the property. 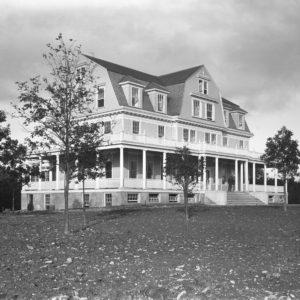 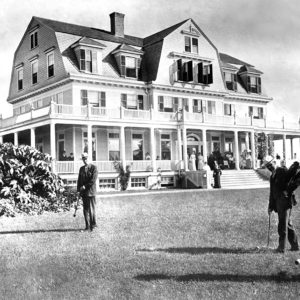 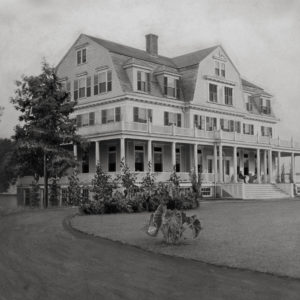 The only surviving example of resort facilities in the region, it recalls the popularity of the region as the vacationland for the middle class in the late nineteenth century. The Inn was built for a group of 11 investors calling themselves The Newfoundland Health Association headed by Dr Edgar Day from Brooklyn, NY. Idylease is situated on the summit of an 1,000-foot (300 m)-hill in the foothills of the Ramapo Mountains and is located 30 miles northwest from New York City.

Work began on Idylease in summer of 1902 and opened its doors on New Year’s Day in 1903. Architecturally, Idylease Inn embodies a variety of distinctive characteristics commonly associated with this type of resort architecture in this region at the turn of the century. On the exterior the most salient features associated with this type are the broad veranda and second story balcony which deteriorated and was removed sometime during the 1930s. Expansive porches and open air-balconies were an essential feature of the resort hotel, providing guests with vistas of the surrounding wilderness and pleasant public spaces for social gatherings. Verandas also served as sanitary and therapeutic retreats from which to enjoy the “healthful and moral atmosphere of nature, reflecting the popularity of resorts not only for pleasure and recreational activity but also for escapes from the crowded, disease ridden and immoral conditions of the suddenly industrialized cities of the northeast.”